How To Help Your Child Learn With Cool Math Games

We all tend to learn things best when we are having fun, and this is especially true of children. Math, with its multiplication, addition, subtraction, division and so on, can be boring for children. However, they will need math skills throughout life, if only to check they have been given the right change when they shop as adults. One way to teach children math in a way that is interesting and fun is through math games. 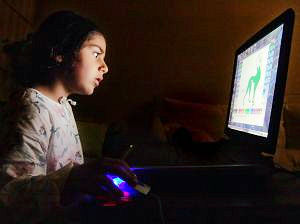 Actively engaging young students in a game can remove all the stress and worry that learning complicated math the traditional way can impose. When they see a math playground, instead of a math classroom, they are much more likely to be interested and have fun, while retaining more of what they learn at the same time. Math games can involve quite complicated logic, and not just the times tables either. Your child will have fun and learn important skills when they play math games.

Children can lose important math skills over the summer break

McKinsey and Company produced a report in 2009 showing that, during each summer break, most children lose on average about two to three months of all the math skills they have learned over the past year. Taken in the isolation of a single child, this might not seem all that serious, but taken over the country as a whole, it means that it costs the nation’s economy $670 billion dollars in time wasted.

In tests undertaken in both Florida and Texas, volunteer children played a specialized math game over the summer break. They reported having fun with it, and more crucially, they not only retained the math skills they have learned over the past year, but, in some cases, managed to build on those skills and increase their math abilities.

Play math games with your children to help them learn

Educational lessons and games should be fun. Your child will learn better and faster if they enjoy what they do. Children naturally like playing around on a computer, exploring virtual worlds, so it’s usually an easy jump to persuade them to learn math in some form, long division, algebraic reasoning or whatever, through a fun game.

This is a wonderful opportunity for some family bonding. Young children in particular love fun time spent with their parents, and math practice in the form of a game played by the whole family can certainly be a cool way to help your child learn, or help them retain the skills they have already learned.

Perhaps more importantly, if a child is left to play math games alone, they will fail at some things and excel at others. You will not know what their strengths and weaknesses are, and will therefore be unable to help them properly. If you play with them you will be able to see where they are doing well and where they need to practice more.

When it comes to doing homework, math is probably at the bottom of most children’s list. One study revealed that 84% of children would rather do mundane chores, such as cleaning their rooms or taking out the trash, than do math homework. They even cited going to the dentist as preferable. This is where math games can really help. They put the fun back into education. Decimals and fractions can go from being daunting and frustrating, to being easy and fun.

Where can you find suitable math games for your child to play?

The Internet is probably the best and easiest source of math games. There are many excellent sites that allow you to play a wide variety of games free. Some games can have favorite TV characters in the games, making the whole experience even more fun.

The Internet also has games of different levels, and finding one that suits your child’s skill level is easy. It’s a cool way to learn – for children and parents.  MathNook.com has a variety of fun math games as well as math worksheets, math worksheet generators and teaching tools.