Math and Music – Is There Really a Connection? 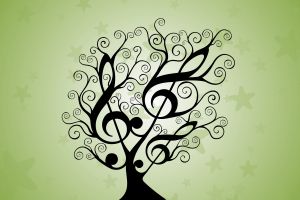 It’s sometimes called the “Mozart effect,” but is there really a connection between music and mathematics? The assertions, for and against, have fueled continuing debate, and are likely to go on doing so. However, there does seem to be connections between these two seemingly non-connected subjects.

The idea was first made popular in the early 1990s. Certain studies conducted around that time had test subjects listen to a sonata by Mozart, then perform a particular spatial-temporal task.

The early studies used Lego pieces, small plastic shapes that can easily be snapped together to build up a model of an object, to enable the test subjects to create a model of something they had been visualizing. An example might be a car, house or boat, or some similar common object.

The task with Lego pieces required spatial-temporal reasoning for successful completion, and the same parts of the brain are activated when listening to music. The belief was that if you deliberately activate those parts of the brain by listening to music, then go on to do something else that requires spatial-temporal reasoning, you will do it better than otherwise, as the brain is already “in tune,” so to speak.

You may be wondering why they used Lego pieces, and not math problems, initially. It was simply because the two tasks both require spatial-temporal reasoning, and are therefore similar in that respect. Later studies made the more direct connection between music and math.

We tend to get better at something the more we practice it. And if we practice one particular skill, then go on to learn another that requires some or all of the same skill sets we have already practiced, we tend to be better almost immediately at the second skill. This is simple logic, and while there’s certainly more to it than that, it goes some way to explaining a connection between music and math if they both require a similar mental-physical approach.

However, it appears that it is not music, per se, that can help with math, but rather, certain important aspects of music. It seems that when musical learning emphasizes sequential skill development, and when there is a strong focus on rhythm and meter, these musical exercises can, and do, enhance math ability. This, of course, is the so-called Mozart effect.

In studies, it was noted that after several months of music education involving rhythm and pitch concentration, as opposed to a more traditional musical education, children were observed to perform significantly better at math problems that they had done before receiving music lessons. In short, the visual and spatial skills that are learned when practicing on a musical instrument, help to strengthen the mental-physical connection that is highly applicable to math problems.

Why term it the Mozart effect?

A study by Rauscher, Shaw, and Ky in 1993 found that the repetitive, sequential and very relaxing music found in a Mozart sonata produced a temporary enhancing effect on spatial-temporal reasoning. This was measured by giving test subjects a Stanford-Binet IQ test immediately after a prolonged listening session of the Mozart music.

The music of Mozart has been credited with many special powers. A sewage plant in Germany, for example, claims that playing Mozart’s music helps to break down the composition of waste, and they apparently play the great man’s music, loudly and constantly throughout the confines of the plant.

Zell Miller, Governor of Georgia, was so impressed by the idea that the music of Mozart could enhance math skills in children that he proposed a budget that would have given each child born inGeorgiaa recording of Mozart’s music. Sadly, his proposal was not taken up. Is there really any connection between music and mathematics? The debate continues, and will likely continue for some time to come.