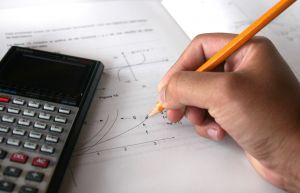 A critical subject that touches nearly every part of modern life, math often flies under the radar. Countless high school teachers have heard their students ask that seemingly ubiquitous question, “When will we ever use this?” Unfortunately, because they often regard math as a niche subject without real world merit, American kids are falling behind the rest of the world, when it comes to math aptitude. To promote higher achievement in this fundamental subject, it’s important that kids understand how it will impact their lives in the coming years.

Mathematics is a major part of our world; however, many people overlook its importance. In addition to countless other areas, math plays a big role in the following:

To the chagrin of teachers everywhere, math skills are declining. In a recent report ranking worldwide math aptitude, the Organization for Economic Cooperation and Development ranked American students fifth to last in a list of 30 nations. To reverse this disturbing trend, parents and educators must focus on new ways to get kids interested in this critical subject, before inadequate skills lead to big problems during their adult lives.