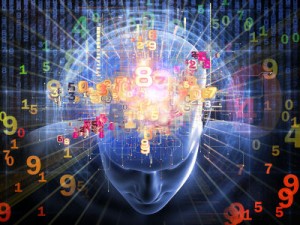 For any true fan of mathematics, one of the most depressing things to hear, particularly from kids, is that math just isn’t “cool.”  This couldn’t be further from the truth.  In fact, thanks to the preponderance of technology, the popularity of shows such as The Big Bang Theory, and the success of “nerdy” entrepreneurs such as Bill Gates, careers in math and science are on the verge of not only being in demand and high paying, but also trendy.  Certainly, one of those careers is the field of cryptographic researcher.

Hacking has been at the forefront of everyone’s mind lately when it comes to computers.  It seems like you can’t turn on the news without hearing about some Fortune 500 company being hacked and having its customers’ personal information being compromised.  That is why one of the biggest potential growth areas for a career is in cryptographic research.  These are the “white hat” hackers who test and probe a company’s computer systems and networks to ensure that the real hackers, the true dangers to the system, can’t get in.  What makes this field so intriguing is that these individuals have to literally think like a cyberthief; the philosophy that “it takes a thief to catch a thief” is at work here as these researchers must learn how to hack systems just like the real criminals so that they can learn how best to defend against the attacks from the real hackers.

Another plus for the field is that a recent study show that careers in cybersecurity are growing at a rate of 3.5 times faster than those of other technology based careers.  And when compared with non-tech careers, the demand for cybersecurity jobs are growing at a rate of 12 times faster.  Most companies are using computers and they are hiring these experts to defend their systems.  Additionally, average salaries in cybersecurity near the $100,000 range that outpaces many of the other careers, even in the technology field.

So the next time that you hear that math isn’t cool or that computers are for geeks, just remember that in the very near future, it will be those very geeks who will be holding successful careers in growth industries that are actually very cool.