One of the concepts that any math student must master if they hope to succeed in algebra or other advanced math courses is the coordinate grid.  If you are looking to help your child learn about this concept, you should simply invest in some graphing paper and a pencil. 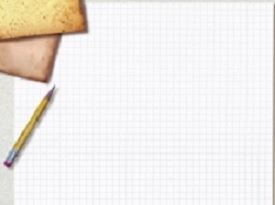 Now, you should point out to your child that points on a coordinate grid are expressed by writing two numbers in parentheses separated by a comma like this:  (5, -8).  This means that the x value is 5 and the y value is -8.  In order to plot this on the same piece of graph paper, the child would move five spaces to the right of the origin point and then eight spaces down.

The idea here is to have your child practice this by plotting a variety of points until it almost becomes second nature to him or her.  After that, it is easy to find activities online such as fun math games to help reinforce these skills.  These games give your child the extra bit of practice to make them more comfortable with the concept so that it becomes ingrained.

The coordinate grid may sound like “scary” math but it doesn’t have to be.  It is actually a quite easy concept that visual and kinesthetic learners can easily pick up with some simple materials and great resources.