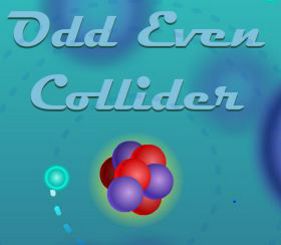 New Game Added: Odd Even Collider. In this game the player must hit the even or odd number with the proper end (even or odd) of the ever spinning Even Odd Collider. Click the picture or here to play. 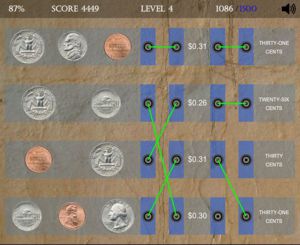 Added Money Connection game to www.mathnook.com. Money Connection is a money game in which the students will need to count up the coins shown in each row and connect them to both their decimal and text value. Click the picture or here to play.

1. Math Defy – The villagers are out to destroy your castle and they are armed with equations. You know what to do! Choose to play practicing addition, subtraction, multiplication or division.

2. Bees in Trouble – The Balloons have invaded the bee’s nest. Have the bee pop the balloons until the number of balloons left satisfy the subtraction problem. This is a great game for players new to subtraction as it starts out slowly and if the problem is missed more balloons show up so they can try again.

3. Space Traffic Addition – An awesome addition game that stands on its own as a game you might just want to play for fun to get a high score. This game is suitable for a StarBoard, Smart Board, etc. as only mouse clicks are required to play.

4. Brainie – Click on the number bricks that equal the number that Brainie is thinking of. Come up with the number by using your addition and subtraction skills (and multiplcation skills on later levels).

These games can be found on the last page of the math games here: click here.

We like to consider our math games as wolves in sheep’s clothing because they look like games on the outside but on the inside it is all math! And if you go by what one of the smartest people in the world says then many if not all of our “Fun Stuff” games are wolves in sheep’s clothing too! Marilyn Vos Savant, who held the Guiness Book of World Records record for highest IQ before the category was retired, was quoted as saying “The best way to improve math skills is to do math. Playing games that exercise reasoning abilities is a good approach for young people, since many games involve logic, and math is just logic with numbers attached.”

So if your child or student is tired of math games you might want to consider letting them play some of the games in our “Fun Stuff” section. No it isn’t math but it will still keep them learning and thinking. A good one to start with and one of our favorites (at the moment that is) is “Fantastic Contraption” which is located here: http://www.mathnook.com/fungames/fantasticcontraption.html. In Fantastic Contraption the goal is to build a contraption so that the pink wheel gets to the goal. The great thing about it is there are all kinds of machines you can build to reach the goal. There’s usually lots of experimentation and trial and error required before you can reach the goal. It is great fun, very addicting and requires lots of logic. Highly recommended for any and all ages.

A nice quick way to find out if 3 is a factor of a number or not!