Math Education – What Can the US Learn from Other Countries 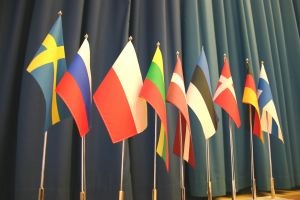 It seems that every month or so, another study comes out with the depressing news that the United States is falling behind other countries in test scores, particularly in areas such as reading, math, and science.  Just this past December, two such studies were released which revealed that fourth graders in the U.S. were outscored by students in the Flemish region of Belgium, Hong Kong, Japan, Korea, Northern Ireland, Singapore, and Taiwan in mathematics.  On the same day, another report stated that eighth grade students from Finland, Hong Kong, Japan, Korea, Russia, Singapore, Slovenia, and Taiwan had bested American students in science.  So rather than wringing our hands absently at these results, the question should be asked, what are these countries doing that American schools could be learning from?

Unfortunately, when judging this data, one of the key components which is often missed is the very democratic nature of the United States education system.  Many of the programs which beat ours, including the Asian systems especially in Singapore and Hong Kong, have a strenuous “tracking system” which goes against the open system display in the U.S.   In these systems, students are given standardized tests at a young age to place them in a college, vocational, or special education program.  Once in, they will not be moved out until years later when another test is given to determine future placement.  Usually after this second test, the child’s future is set in stone and their academic career will not be altered.  Here, high-stakes testing is taken to an entirely new arena.  Children’s futures live and die based on these tests.  Whereas students in the U.S. can move fluidly through the system choosing to enter a vocation or go on to college, students in the heavily tracked countries only allow this latter option for their top test takers.  So it should come as no surprise that our students lag behind in this testing when we are comparing all of the United States fourth or eighth graders in the testing samples versus the top students in these other countries who have tracked their students into the college bound programs.

This factor aside, what else helps other nations beat our students in fields such as mathematics?  One of the biggest problem areas is also in teacher training.  In the United States, education majors generally take more courses in educational theory than they do in their content area.  So, when they enter a classroom, they know all of the recent theories on educational pedagogy, but they may not know everything that they should on the actual subject matter that they are instructing.  The idea has, too often, been that they should know how to teach (and manage and discipline a classroom) and the subject matter can be handled through lesson plan books and teachers’ manuals.  But other countries have found that the truly best teachers are the ones who can skillfully manage a class, hold students’ attention, and who also know their subject matter inside and out.  They can take a math problem apart, show the students how to work it from several different perspectives, and also show them how to avoid common errors in the working of the problem.  All of this comes from knowing the subject matter, not from simply following a rote script in a textbook.  This is also why many other nations which are outscoring us are also paying their teachers on a much larger scale and, particularly in some Asian cultures, certain teachers are almost viewed as rock stars with followings of students who clamor to take their classes out of respect for the teachers’ abilities and knowledge.

Sadly, there is no quick fix to this to bring the U.S. up to our competitors in the education tests.  These are systematic differences that will take widespread cooperation and deep work to bring about changes in our schools and our society.  But, the first step is opening up an honest dialogue about what is wrong in our schools and systems so that we can fix the problems that we are faced with. 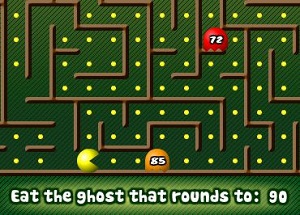 Parents are always looking for any advantage that they can to give their children a leg up in school.  But many parents, particularly in today’s economy, cannot afford high-priced tutors or after school programs which promise results in exchange for hefty fees.  Those on a budget may be left in the dark about how to find quality math educational resources that are actually free.  Enter MathNook, which has found a way to educate children in a lively and imaginative way without having to charge along the way.  But that isn’t the only thing that makes MathNook a great resource.  Here’s why you should definitely consider making this one of your go-to resources for helping your child.

Taking a tour of the MathNook website will show you that it is a safe and efficient way to effectively help motivate your child to learn about mathematics.  This particular field is of utmost importance when it comes to success in life so that is why it is so important to help your child now in the early stages of learning these skills.

A fundamental subject that plays a key role in many facets of society, math isn’t valued like it should be. These days, modern American children have fallen far behind the rest of the world when it comes to math performance. Sadly, research suggests that this tends to result in lower quality lives.

Why it Matters So Much

Studies have shown a strong correlation between good math skills and better lives. After pouring over tons of data, researchers recently determined that students are far more likely to attend college after successfully completing at least one geometry course. What’s more, researchers out of the University of Edinburgh found that early math skills were a powerful predictor of future earning power. In fact, they determined that good math skills at age seven meant thousands of dollars more in annual income; while poor math skills at this early age typically amounted to lower future socioeconomic status. 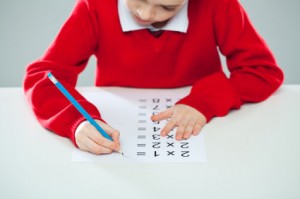 Investing in Your Child’s Future

To cultivate good math skills, it’s important to get started while children are still young. The National Institutes of Health recently threw its weight behind a study which showed that early intervention had a huge impact on a child’s development. According to the research, to make a real difference in a child’s life, parents need to get them interested in math by the first grade: a daunting task, especially since children tend to regard this important subject as boring.

In the old days, parents and teachers relied exclusively on dusty old books to teach mathematics. These days, however, things have changed. By utilizing modern technology, you can create a “math playground,” which cloaks learning within fun online games.

At Mathnook, we feature a variety of video games, fun worksheets and other teaching tools that don’t seem like teaching tools at all. By taking advantage of a child’s desire to play computer games, we’ve created the ideal environment for early math education. Instead of forcing your kids to sit still and focus on black and white, two-dimensional series of numbers; you can introduce them to a fun world of entertainment that will give them the fundamental tools they need to succeed in school and adulthood.

These days, children yearn to play computer games. Instead of fighting this insatiable desire, why not embrace it? Thanks to Mathnook, you can provide your children with a “step-up” that could lead to better grades, a college education, a better paying job and a higher quality of life. 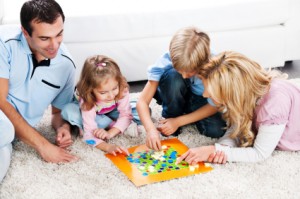 Many school systems (and parents) favor a move to a year long school schedule because the current nine-month plan is archaic and outdated.  The system was set up in the Eighteenth and Nineteenth Centuries around an agricultural calendar so that children would be off from school to assist with farm work when they were most needed.  As this is no longer the home situation for most students, the system needs to be changed, but unfortunately due to many political factors, it is unlikely to be modified anytime soon.  Another major reason why this change in schedule is important is because of the concept of summer “brain drain.”  A recent article entitled “Summer Learning Loss: The Problem and Some Solutions” cites studies that show that students scores were one letter grade lower in the fall than when the students left in the spring.   In addition, these same students also had more pronounced problems in retaining information in math and spelling than in any other school subjects.  So how can parents keep their child from losing information and skills, particularly in all-important math, over the summer without sacrificing fun?  There are actually several different ways of doing this:

These are three tools in a parent’s bag of tricks to help your child learn math easier and keep those skills from vanishing like the morning dew.  It is imperative that you spend this time working with your child, helping them to reinforce their math skills so that they will not fall behind when school starts again in the fall.

Mathnook Is Celebrating Its 200th Game! 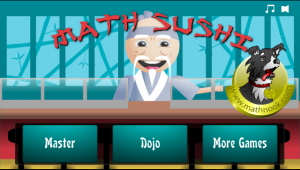 We could not be happier to present our new 200th game on MathNook.com.  We have an active community of users who encourage us all the time to expand our site and it has proven to be real fun for all involved!

Our new 200th game is called Math Sushi and you get to choose which operation you would like to master: addition, subtraction, multiplication or division.  This fun game has the Sushi master running around answering math problems!  It’s just in time to help keep those math skills sharp during the summer months!

As an added bonus, we are celebrating the 200th game by offering a sweepstakes!  Enter by visiting our Facebook page and complete the form.  Two lucky winners will be chosen at random to win $100 Amazon Gift Cards.  We invite you to share with your friends and family!  When you do, your chances of winning are MULTIPLIED!